For the first three months of production, Meridian Automotive’s E-Coat system reported quality control of 100% — “unique for a start-up operation”, says Plant Operations Manager, Kevin Grummet. He attributes the flawless start and continued success to a finishing system for truck bumpers “built by the book” by Belco Industries Inc. “It doesn’t get much better,” says Grummet.

And it may not get done faster. An aggressive timeline called for installation of the E-Coat system eight months after the purchase order was signed, with a paint system up and running one month following implementation of the E-Coat component according to Belco Sales Representative, Mark Kohn. He initiated the project with American Bumper, a company Belco had worked with for more than 20 years before the company name changed to Meridian. Because the Ionia-based plant is just 20 minutes from Belco’s corporate office in Belding, Michigan, Kohn was able to maintain a close working relationship, hosting weekly meetings to walk his client through the process.

“It was a good partnership,” says Grummet. “Belco allowed us to have input on the design and building and inspections at various points throughout the process. When it came time for installation, they committed a full crew so we were up and running very quickly.”

Belco Delivers in More Ways Than One

While Belco’s proximity played into the decision making process that helped them win the job, Grummet is quick to add that economics and experience were important considerations as well.

“We looked at a lot of systems before choosing Belco. Cost was important, but Belco’s great track record and experience gave us the confidence they could deliver,” says Grummet.

The package was designed for an existing building Meridian had purchased. They needed a complete design for a brand new system; painting had not been done at that location. They also wanted the control of bringing production in-house, which saved money by avoiding the freight charges of shipping product to an external finishing company across the state.

Specifications called for custom-designed components to fit within limited floor space, so Belco opted for an immersion system as opposed to monorail.

Belco worked closely with DuPont, Meridian’s supplier, to ensure designs met specifications for coatings and Henkel Surface Technologies for supply of pretreatment coatings and cleaning chemicals. In fact, Belco is proud of the fact they worked side-by-side with DuPont representatives on-site at Belco.

While a portion of the project’s success can be attributed to Kohn’s ability to manage the scope of the project (he spent 12 years on Belco’s factory floor, several years estimating and the past eight in sales), he’s quick to compliment the entire team.

His philosophy: “Be honest. Don’t oversell customers by giving them something they don’t need and go the extra mile with a commitment to on-going service.”

It’s apparent Belco met Meridian’s needs for reliable and economic operations. The system has not required service or upgrades since installation. And as a result of the successful Ionia installation, Belco has supplied a system for Meridian’s plant in New York.

“We have numerous customer tours of the plant and we always get rave reviews for the clean lines of the Belco system and general workability,” says Grummet. 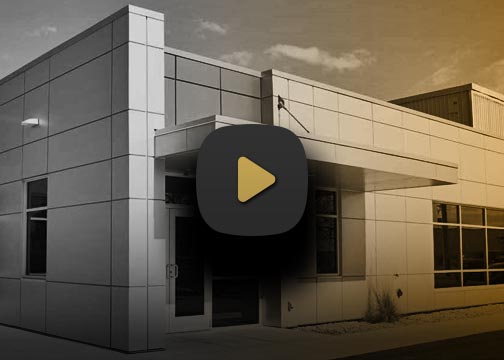 Get a quote for your project.